Posted by oscarbaechler on March 27, 2012
Posted in: illustration. 6 Comments 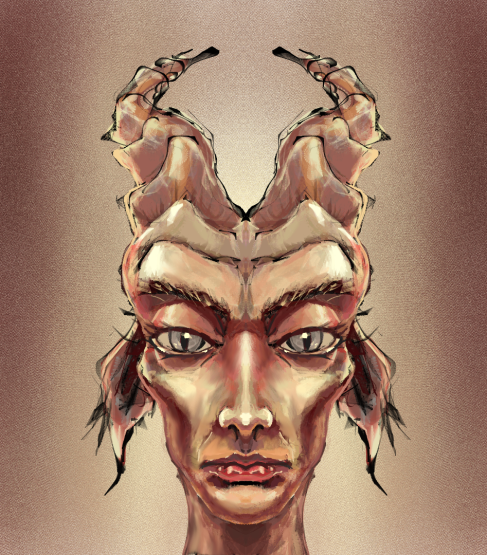 First off! I’ll be teaching Blender at LinuxFest Northwest again, so I hope to see you there!

Second off! One of the organizers at LinuxFest approached me about Krita, wondering if I knew anyone who would be willing to teach it. I’d never heard of it, but foolishly threw my name into the ring and started picking up the program. Krita is a free, open source drawing tool whose biggest feature is certainly its brush interface.

The bad news: just like GIMP, Krita’s still young, only 6 years old. It still has that rough-around-the-edges, slightly underfunded and undermanaged feel that GIMP has. I found myself looking up features that don’t exist yet, or exist but are turned off due to bugs. Navigating the UI can be painful and buggy from time to times, and you can still get the occasional crash doing mundane things like undoing.

The good news: Krita’s brush interface is wonderful. Right Click is an ever-present palette for both your favorite brushes and the currently active color. Additionally, you can use an image as your color palette. It has several great features that Photoshop still lacks, despite its enraging $500 price tag:

The biggest difference is hard to explain, as it’s technical in nature. In Photoshop, Brushes are limited in their function. They can slice, dice, and manipulate an image/3d-based brush, but only to an extent. Krita gives advanced pattern control, animated color variation, and (best of all) stroke bleeding. I first tried this interface technique via Mr. Doob, but this takes it out of HTML 5 and puts it into a true image editor.

In conclusion, I’m delighted with Krita, and intend to use it for many future projects. It offers something refreshing and exciting while GIMP feels like it hasn’t advanced in 5 years. Furthermore, Photoshop CS6, sadly, won’t be adding this level of brush functionality. So instead of spending $200 on your next Photoshop, consider donating to Krita’s development.